You spoke, we listened and here’s our first update:

Keep sending your feedback to [email protected], so we can continue to improve your experience!

At first I was repulsed at the idea on having any social stream open while watching an episode of my favorite show but then I tried it. Why? Because I was intrigued at the concept of being able to track the conversation around the show especially during the premiere or finale. It’s sometimes entertaining yet can be annoying, especially if some mean person decides to spill spoilers. Regardless, it added to the experience so I kept at it. 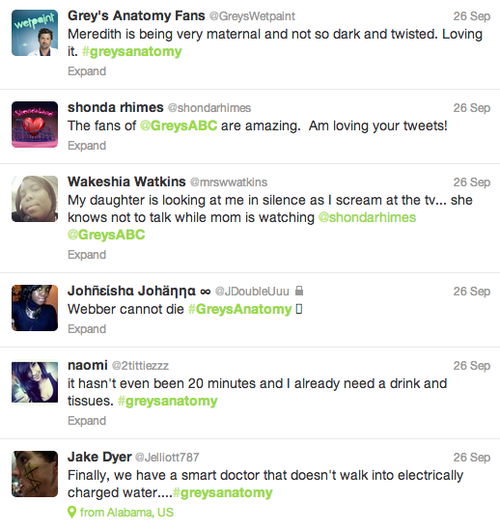 What made this possible and what made it easy? Hashtags. Some people may stop reading by this point because they despise hashtags and that’s ok. They are so overused, misused and abused that by this point I’d prefer not to participate in any hashtags debate. But the fact still remains that they exist, they are a powerful marketing tool and an even more powerful conversation tool within the social sphere.

Now with regards to conversations around TV shows, they are an exciting and liberating way to share thoughts and opinions publicly and allowing others to respond. It’s always so interesting to see what someone else (who is not my friend) thinks of the show; their own personal reactions and opinions. Now sometimes I admit it’s distracting so I tend to open Twitter or Facebook in the commercial breaks but otherwise, I’m hooked.